Dr. Mireles graduated from the University of Southern California with an honors degree in Psychobiology in 1983. Dr. Mireles then went on to receive his dental degree from the University of California at San Francisco in 1987 where he also received special training in Oral Medicine. At the end of 1993 he finished a two year post-Graduate Training Program in Orthodontics. In 2003 he finished a one year course on advanced surgically assisted orthodontics. In 2010, Dr. Mireles received his certification at UCLA to provide sleep dentistry via oral sedation. We are now able to see both children and adults under sedation when needed. In 2011, The office purchased a 3D Dental CAT Scan machine to enhance our ability to view dental problems, thus making us, once again one of the most technologically advanced dental offices in the area.

Dr. Mireles considers himself a Southern California native even though his childhood started in Guanajuato, Mexico. Dr. Mireles currently resides in Salinas with his family. 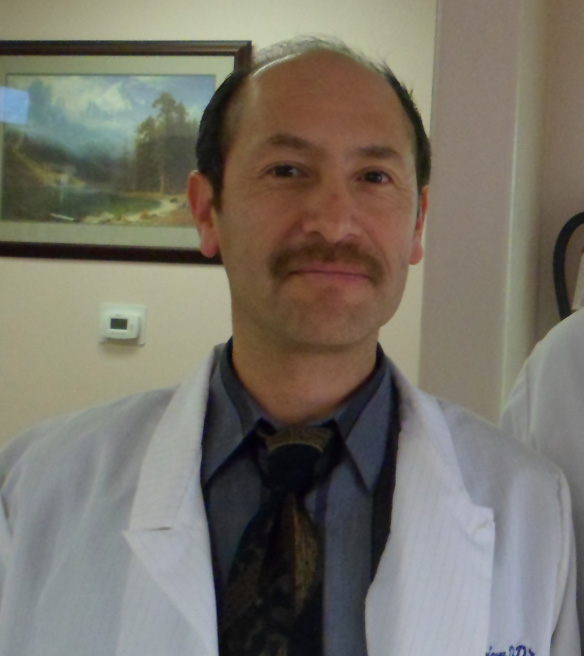 Dr. Rodriguez received his dental degree from the University of California at San Francisco in 1988. He currently covers our Saturday Clinics for us. Dr.Rodriguez resides in Los Banos. Dr. Rodriguez has been associated with Dr. Mireles for over twenty years and he is very much saught after by our patients due to his reputation as being very gentle and easy going. Because both Dr. Mireles and Dr. Rodriguez went to school together they complement each other because they share the same training and experience.

About Dr. Ernesto Mireles
our office

Back to Mobile Page
Close Window

Please fill out this form.

We will contact you to confirm an appointment date and time as soon as possible.